1870 - 1 September
The Jewish Almshouses foundation stone was laid on the site granted by the Victorian Government on the east side of St Kilda Road
Read the newspaper article, 2 September 1870 about this event 1938
The Australian Jewish Welfare Society established after the German Jewish Refugees Fund changed its name.
Offices were present in each Australian capital city with Sydney housing the head office.

1955 - March
Jewish Mutual Loan Company Pty Ltd established
The company started with a working capital of £25,000 - a loan from the Jewish Colonisation Assoc in London in conjunction with the American Joint Distribution Committee

1967 - September
Opening of Pras Court at 3 Herbert Street, St Kilda (40 Flats for the Aged)
The building was named in honour of Isaac Pras, Past President of Montefiore Homes for the Aged (1963 - 65)

1971
Land at Fulton Street, St Kilda East was acquired to develop the Society's third block of flats for the aged.

1979
Property at 13 Fulton Street, St Kilda East was purchased with a view to building another block of flats for the aged 2003
Young Achiever's Program established, with thanks to the Brass Charitable Foundation 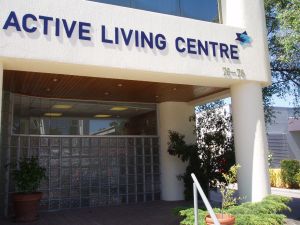 2018 - 30 August
Together with nine other faith-based organisations, Jewish Care pledged commitment to inclusivity for all LGBTIQ people who seek services